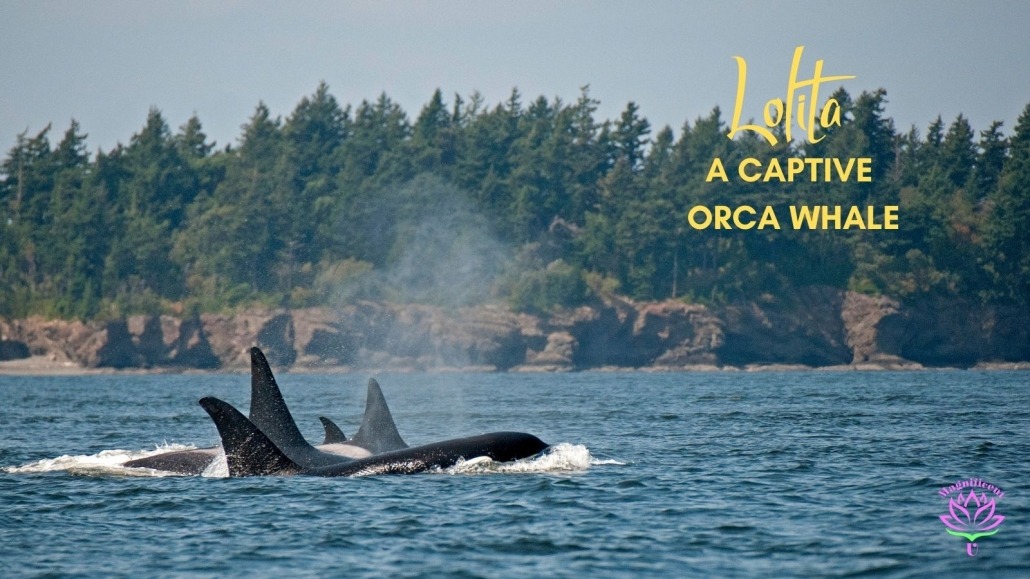 Every now and then I review and revise my eBook called Dancing with Dolphins. I was just doing that last night and was reminded of Lolita, a killer whale. The eBook is dedicated to her.

I posted a message on my Wild Dolphin Lovers group on Facebook yesterday to see if anyone had heard anything about her lately. She was captured off the Washington Coast when she was young, shipped to Miami, and has been performing there for the past 40 years.

Someone sent a link with an update about a lawsuit that is going on between activists and Seaquarium Miami, where she is held captive. Someone asked me if a 40 year old orca could survive in the wild.

This was my response:

Its a very interesting question, with no clear answer.

We know where she came from – in the waters near the San Juan Islands of Washington State. We are even pretty sure who her mom is. If I remember right, she came from J pod. It’s a miracle she is even alive. My understanding is that in captivity, they rarely make it past 10 years.

This orca (they are actually dolphins not whales) has had such an impact on my life. I quit my day job as an engineer to help start a non-profit in the San Juans to assist in her return. I took part in the Lolita Symposium in Seattle with 60 others. There have been numerous campaigns for her release and several celebrities have been involved over the years. Yanni, Olivia Newton John, and several others were involved for at least a time.

I even went to Miami to meet her. About half an hour before her “show” starts they open the gate and let you file into the stadium. We were the first in line. When the gate opened, we ran up the ramp and over to the small tank. Until the show started, you are actually allowed to stand near the tank. So we did, of course.

She came over and just stared at us with her big eye. She stayed there with us the whole time. Periodically she would dip her head under and then pop right back up and stare at us some more. It brings tears to my eyes just writing about it. Despite all the other people coming over to the tank and entering the stadium, she never left us. We finally had to take our seats. I’m not sure what she was supposed to be doing during the show, but she was obviously behaving a bit differently from normal and the trainers kept looking over at us.

I’ve met a hand full of people that I felt connected to instantly. Those people are now my dear friends and we are as close as sisters. My relationship with Lolita is like that. There was an instant recognition and she is forever within my heart.

I send her love and many blessings.

Slavery is slavery any which way you look at it.

After watching orca capture footage and seeing Lolita in Miami, I’ve never set foot in another place with captive dolphins or whales. When I see pictures of people in a pool with their hand on a dolphin, smiling for the camera, I cringe.

Here’s to Your Magnificence ~ Getting Healthy, Happy, & Whole ~ Body,...