Being a Player in a Much Bigger Game

You are here: Home1 / Blog2 / Dolphins Angels Whales3 / Being a Player in a Much Bigger Game 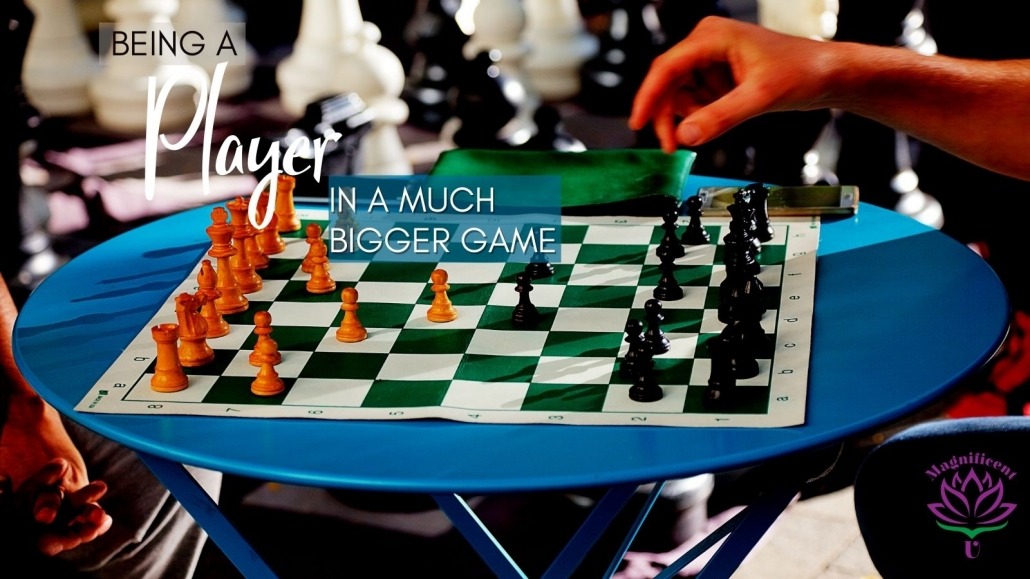 As I watched the footage on the new trailer for the BBC special, The Girl Who Talked to Dolphins, I began to weep. It hit me so hard what was really playing out here on the planet and that I, for whatever reason, had been part of some grand unfolding plan.

When you are going along, doing your life, and then suddenly realize you are part of something significantly bigger and more important, it can be a bit overwhelming and very definitely humbling.

I had no idea, back in the mid 90’s, when I walked away from the corporate world, from the pharmaceutical industry and the nice big steady paycheck I was used to receiving, what a giant leap I was making in both consciousness and in my mission here. And I also had no idea about all the amazing things that I would get to experience as my life would unfold.

Anyone who has read my story is aware that I had a total stress-induced meltdown in 1993 and that my deeply suppressed memories of rape began to surface at that time. And, you are probably also aware that my recovery involved learning to meditate and that dolphins spontaneously showed up almost immediately in my meditations. They pretty much took over my healing process and my focus for quite a long time.

I went to Stuart Wilde’s, Warriors in the Mist, training in New Mexico right around that time. There, I met a woman working to set Lolita free, and I fell in love with New Mexico. Lolita was a major focus for my work for awhile and I ended up living in New Mexico for almost 10 years. Lolita (Tokitae) is an orca kidnapped from the resident orca pods in the San Juan Islands of Washington State when she was only 6 years old. She has been a prisoner / slave at Seaquarium Miami for over 40 years. Her story captured my heart.

When I walked away from the corporate world, it was to move to San Juan Island, co-found a non-profit to assist dolphins and whales and help them be released from captivity, and get to know the resident orcas in the area. I visited Lolita in Miami as part of that experience. It is the last time I could ever bring myself to witness a cetacean in captivity. Even thinking of her there, and the hundreds of others around the world in tiny tanks being forced to perform for dead fish, makes me cry.

While living on San Juan Island, I met many individuals and organizations that work to protect dolphins and whales and work towards their freedom.

The co-founder of the non-profit and I eventually moved to the San Diego, California area. There I met my future husband and she headed off in an entirely new direction. It was around this time that I was inspired to read Joan Ocean’s fabulous book, Dolphin Connection: Interdimensional Ways of Living.

In 1998, while living on top of a vortex-filled mountain in Southern California, I woke one morning at 4 a.m. with the words to the Golden Water Dolphin Meditation for Planetary Healing burning in my brain. I wrote down the words and felt this great urging from within to share it with as many people as possible and to have them join me at Fall Equinox to do the meditation

Through this process of sharing, I learned about David J. Adams from Australia and the Global Marine Meditation that he did each Spring and Fall Equinox. We compared notes and the words to the two meditations were so similar, it was almost unnerving. We began holding the meditations together and the practice has continued ever since.

It was in the sharing of the meditation that I stumbled upon Cetacean Nation. It is a group of dolphin and whale enthusiasts (for lack of a better word), founded by Dr. John Lilly and Roberta Goodman in 1992. Communications were done by email and I miraculously ended up on the list. It is how I was first introduced to Dr. Lilly, Roberta Goodman, Douglas Webster, and several more. So many of the people whose names are spoken over and over again in relation to dolphins and whales were part of that communication network of which I was a part. Roberta and I developed a great friendship and it was through her that I found out about, and was introduced to, so many in the cetacean world.

I eventually “downloaded” from the ethers (received through Divine revelation) a series of transformational dolphin healing exercises and began creating dolphin healing energy infused products. I continued to lead the worldwide meditations each Spring and Fall Equinox. But my role as a cetacean ambassador and spokesperson for Lolita began to take a back seat to parenting and the handling of my other worldly affairs.

As I got more involved with social media, I created the Wild Dolphin Lovers group on Facebook. And it was there that we began sharing more about what Sea Shepherd and other organizations were up to in relation to helping dolphins and whales on a global scale.

Early last year I was invited to speak at the Cetacean Summit that occurred in Hawaii recently. The initial group of presenters were bonding in a deep and meaningful way and I felt the strong inner knowing that I was to invite them to participate in a book collaboration.

I had no idea that the book collaboration was part of a much bigger plan being played out right now.

In 2009 came the movie, The Cove, which told the gruesome story of the ongoing slaughter of thousands of dolphins each year in Taiji, Japan.

In 2013, the movie Blackfish was released. CNN began airing it numerous times and it really opened the eyes of many people who were previously unaware of the whole cetacean captivity issue. Because of Blackfish, many stars jumped on board to support keeping dolphins and whales free. Several musical acts cancelled their performances at Sea World. And these actions brought even more awareness to the general population about dolphins, whales, and captivity.

Also in 2013, India said no to dolphinariums and made a decree that dolphins are non-human persons with the right to freedom. Several other countries are considering similar legislature.

A group of school children from Malibu California decided they did not want to go to SeaWorld on their school trips anymore. Soon the city of Malibu made an official proclamation signed by the Major that both dolphins and whales deserve the right to their own freedom and lives.

In January of 2014, The group Anonymous took down the website of the Japanese town of Taiji – where thousands of dolphin are slaughtered and several are kidnapped and enslaved each year for entertainment purposes.

Also in January, NOAA Fisheries proposed a ruling to grant Lolita endangered species status just like her family in the San Juan Islands. It is the first time in years that anything tangible has occurred which could result in Lolita’s removal from her tiny tank, rehabilitation to wild behavior in a large sea pen, and hopefully, eventual release to the wild to live out the rest of her life with her family.

Early in March this year, the Cetacean Summit happened on The Big Island of Hawaii bringing together dolphin and whale lovers from around the world for presentations, meditations, activations, insights, inspirations, and wild dolphin swims.

Once again at Spring Equinox (March 20th), people across the globe participated together in the Golden Water Dolphin Meditation for Planetary Healing that I facilitate, the meditation facilitated by David J. Adams, and numerous other global meditations.

On March 22, we launched the book collaboration, Dolphins & Whales Forever, which became an instant #1 Bestseller on Amazon. It has been purchased by hundreds of people from all over the world. The feedback so far is that it is a powerfully transformational book that speaks deeply to the soul. And the relationships between human and cetacean described in the book by the 19 ambassadors, visionaries, communicators and facilitators of transformation inspires people to experience whole new levels of healing, connection, and expanded consciousness made possible by  our cetacean friends.

Just a few days ago, on March 31st, the UN International Court of Justice ruled that Japan’s whaling program in the Antarctic is illegal. That is a HUGE decision that could ultimately save thousands of whales.

There is a lot of activity in the dolphin and whale world right now and FINALLY the issues are being brought to the awareness of people everywhere. I had no idea when I asked the book collaborators to be part of that grand project that it was only a tiny part of a much bigger project going on worldwide related to dolphins and whales and their interactions with humans.

I am of the firm opinion that until the cetaceans are free, humanity cannot be free.I’m talking about free from our past, our trauma drama, our emotional pain and suffering. I believe dolphins, whales, and humans are intrinsically linked and how we treat them is a reflection of how we treat ourselves and one another. We are prisoners and slaves to our fears, our limiting beliefs, our judgments and expectations.

They are here connecting with those brave enough and open-minded enough to allow for expanded consciousness and awareness, the love and healing vibrations that they offer.

The ones in captivity are the mirrors, the outer visible sign, showing us our own mental/emotional prisons. When we set them free, we set ourselves free as well.

When You Are On Social Media, Be Social!