The following are a series of messages by David J. Adams 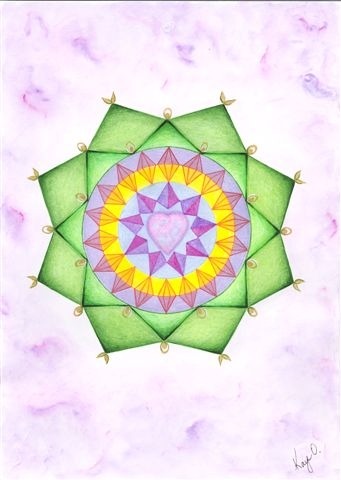 It’s time for us to Listen

To the Flowers and the Trees,

To the Birds and the Animals,

To the Creatures of the Seas.

Because we’re all in this together,

And it’s time we made a start

But the Wisdom of this Planet

Speaks only to our Heart.

To the Sound of the Earth,

To the Sound of the Wind and the Sea,

To the Language of LOVE

That the Planet is speaking to me.

It’s Time for us to make a stand,

To work in Harmony,

For the Future of this Planet

Is in the Hands of You and me.

Because we’re all in this together,

And it’s time we made a start,

It’s Time to make a Difference

By following our Heart.

To the Sound of the Earth,

To the Sound of the Wind and the Sea,

To the Language of LOVE,

That the Planet is speaking to me.

A couple of things have come to light in the last couple of weeks that might be of interest.

As most of you know I am a ‘Functionary’ in the Temple of the Divine Feminine, which is a Lemurian Temple in energy form beneath the Andes in Chile at a place called Mt. Balmaceda. This Temple has recently undergone some significant changes, most particularly the reconstruction of the Crystaline Cosmic Communication Centre by the Trinity known as ‘The Wellbeings’. I was recently privileged to witness a ceremony within the Temple wherein the Wellbeings danced a special dance which literally ‘spun a web of Light’. Each of the Wellbeing took on a particular colour ( A Copper Gold colour, a Citrine Gold colour and a Magenta colour) which they fused into a Trinity and wove the colours into the Hearts of all those associated with the Temple. This created Three additional strands of DNA within each person, DNA strands which deal with Cosmic Communication . It may well be that other Lemurian energy Temples have undergone a similar DNA transformation, as I was told these three new strands would soon be in the hearts of all creatures on this Planet.

Later on the same day that I witnessed this ceremony I was shown the mountain above the Temple opening, the Temple itself opening, and the Trinity Labyrinth of Purification being raised up in three dimensional form as a three sided Pyramid. The Three Dolphin Fountain at the Centre of the Temple holding the Crystal from the Planet of Peace was at the top of this Pyramid. It reached high into the Cosmos to absorb the special inflow of Divine Feminine energies that the Harmonic Concordance heralded and which has been infusing the Earth Planet since. At the time I did not understand the purpose of this, however, we have subsequently learned from our Spirit friends that at some time over this Christmas/new Year period there will be a special Sacred Circle gathering at Shambhala, and this energy is needed for that.

In a recent channelling session Beloved Djwahl Khul, advised us that all Earthwalkers were being called to this gathering, as were all the Harmonics. You may recall from some of my previous writings that the Harmonics are a group of Cosmic Beings working to ‘hold the Earth in Balance’. They do this through a particular ‘sound’ or ‘song’ that each Harmonic contributes to. As the Earth has been undergoing Dimensional change on an unprecedented scale in recent months, there is a need for a new ‘ SONG’ for the Earth. It will be created at this special gathering.

The Trinity Labyrinth of Purification that many of you ‘walked’ during the Marine Meditation in September was subsequently laid out in the Flinders Ranges at Willow Springs alongside the 8 Pointed Star Medicine Wheel and the Pyramid of Sound of which my friend Krista Sonnen is the Harmonic ‘Being in residence’. It has subsequently been strengthened through the work of the Arcturian Sound Master that she called to this place a few months ago. The Trinity Labyrinth itself is the ‘Harmonic Note’ that Krista will be taking to this gathering at Shambhala. Each of the Harmonics has a Labyrinth of a different design which is their note, and each has been working on it with the Earthwalkers of their area.

Because the Trinity Labyrinth originated within our Temple of the Divine Feminine, it was lifted to the Cosmos to receive the additional Divine Feminine energies in the ceremony mentioned above. It will now become an integral part of the NEW ‘Earth Song’. (It was no coincidence of course that we have just witnessed a global ‘Songfest’ !! ). This ‘Song’ will not only hold the new Earth in Balance, but will further activate all the ‘Songlines’ of the Earth that the Indigenous Peoples of the Earth so frequently speak of and honour.

I am sorry if this is all a little topsy turvy, I am guilty as usual of not having written it down and passed it out when I should have a week or so ago.

Keep smiling, keep singing … and have a joyfilled Christmas.

Just before Christmas I passed on to you information that I had been given by our Spirit friends regarding a special ceremony to be held at Shambhala to create a new ‘Song’ for the Earth to hold it in Balance in it’s new vibrational frequency. This ceremony is now in progress and I pass on to you below the impressions that have been given to me so far. I hope they resonate with you, indeed , perhaps you too can tune in and add to those impressions, as I am sure I have only captured a small part of what is taking place.
Blessings
David J Adams

Shambhala is a structure within the Etheric comprised of 6 energy Pyramids of the four sided variety connected together, this forms a Merkaba.

Although the ceremony is taking place in Shambhala it is also taking place all over the Cosmos as Shambhala will move from Earth during the ceremony to gather the Cosmic ‘Rhythm’ necessary to underlay the new melody of the ‘Song for Earth’ that is being created. It will in effect become the ‘Mother Ship’ for the new earth vibration.

The ceremony is taking place at 2 levels … the first level represents the previous/current Vibration and Song of the Earth. The second level represents what the earth Vibration and Song is to become. There are both participants and observers at the ceremony. My Spirit brother and Home Trinity member, Ar’Ak, and my Lemurian Trinity companion, N’Tekha, are both observers and are feeding back to me random impressions of what is taking place. I am given to understand that much in the way of the Aboriginal Corroboree this ceremony will cover many of our earth days, perhaps even weeks, as time has no relevance.

I will start with what I have been told of the first level. At the Centre is Beloved Earth Mother. She has taken the form of an OPEN HEART … almost Chalice like in it’s appearance …. And into that Heart structure she is absorbing incredible colour and sound energies from the Cosmos. Arranged in a circle around Beloved Earth Mother are the 12 original Harmonics that came to this planet at it’s birth to hold the Earth in Matter and Balance with their song. They have resided in energy Sound Pyramids at various places on the planet to this time.

Arranged around the outer circle in an 8 pointed star formation are 16 Earth Stewards … we know these Beings as Masters and Arch Angels, but within Shambhala they are referred to as Earth Stewards to denote their commitment to the nurturing and upliftment of the Earth Planet.

This is the complete structure of the first level in it’s barest form, when one adds the aspects of colour, light, movement and sound that each of the participating Beings brings to the structure, what you get is a pattern or vibrating symbol of extraordinary majesty.

The following image represents the earth pattern prior to the new song.

The second level varies from the first level mainly as a result of ‘Expansion’. ‘Compression’ creates density, ‘Expansion’ creates enlightenment. The planet has expanded and is ascending into a greater enlightenment, and the new pattern reflects this fact. It is not yet in position, and anchored, as the new song is not yet complete; however, those present at the ceremony have been given a brief glimpse of what it will be …bit like a trailer for a film !

This is what I have so far. Earth Mother will remain in the form of the ‘open Chalice Heart’ drawing ever more light and love into the Planet from the Cosmos and from the breath of the Creator. The number of Harmonics to hold the Planet in matter and balance will increase to 18, and instead of a circle they will take the form of a 9 pointed star surrounding the Earth Mother. The two circles of Earth Walkers will be increased in size and number to 72 in each circle , giving a total of 144 Earth Walkers on the Planet. The 8 pointed star of Earth Stewards will remain, but a further 8 pointed star with an additional 16 Earth Stewards will be created around it. Like the circles of Earth Walkers, these two 8 pointed stars will now rotate. The original star in a clockwise direction and the new star in an anti clockwise direction . The new Earth Stewards will include some Beings who have not manifested on the Earth Planet at any time but have volunteered their assistance and expertise for the next crucial stage of the Earth’s ascension process, so do not be surprised if you start channelling unfamiliar Beings bringing through incredible new wisdom.

The following image represents the earth pattern after the new song.

As I was receiving these impressions while I was standing on the beach gazing out over the beautiful Ocean I had to ask my friends to stop transmitting or risk having half the information falling through the sieve that I call a brain …. How come I never have a pen handy when I need one ? think they’d know better … grin.

I received the following message during the evening of Tuesday 6th January 2004 from My Spirit brother Ar’Ak.

The Song is Sung !!! The Earth Planet dances to a New Cosmic Rhythm, and vibrates to a New Melodic Sound. The Sound of Earth Mother’s vibrant OPEN HEART.

The Earth Planet is in Balance and Harmony once more.

Imagine a Wind Chime composed of 18 Rainbow Strands caressed gently by the ‘Breath of the Creator’, and you have the New Song in Earth Mother’s Heart.

Rejoice …. Open YOUR Heart ….Let the New Song resonate within it.

Sing along with Earth Mother … Let the Cosmos resonate to the Pulse of your own joy filled OPEN HEART.