You are here: Home1 / Crystal Activations with David J. Adams 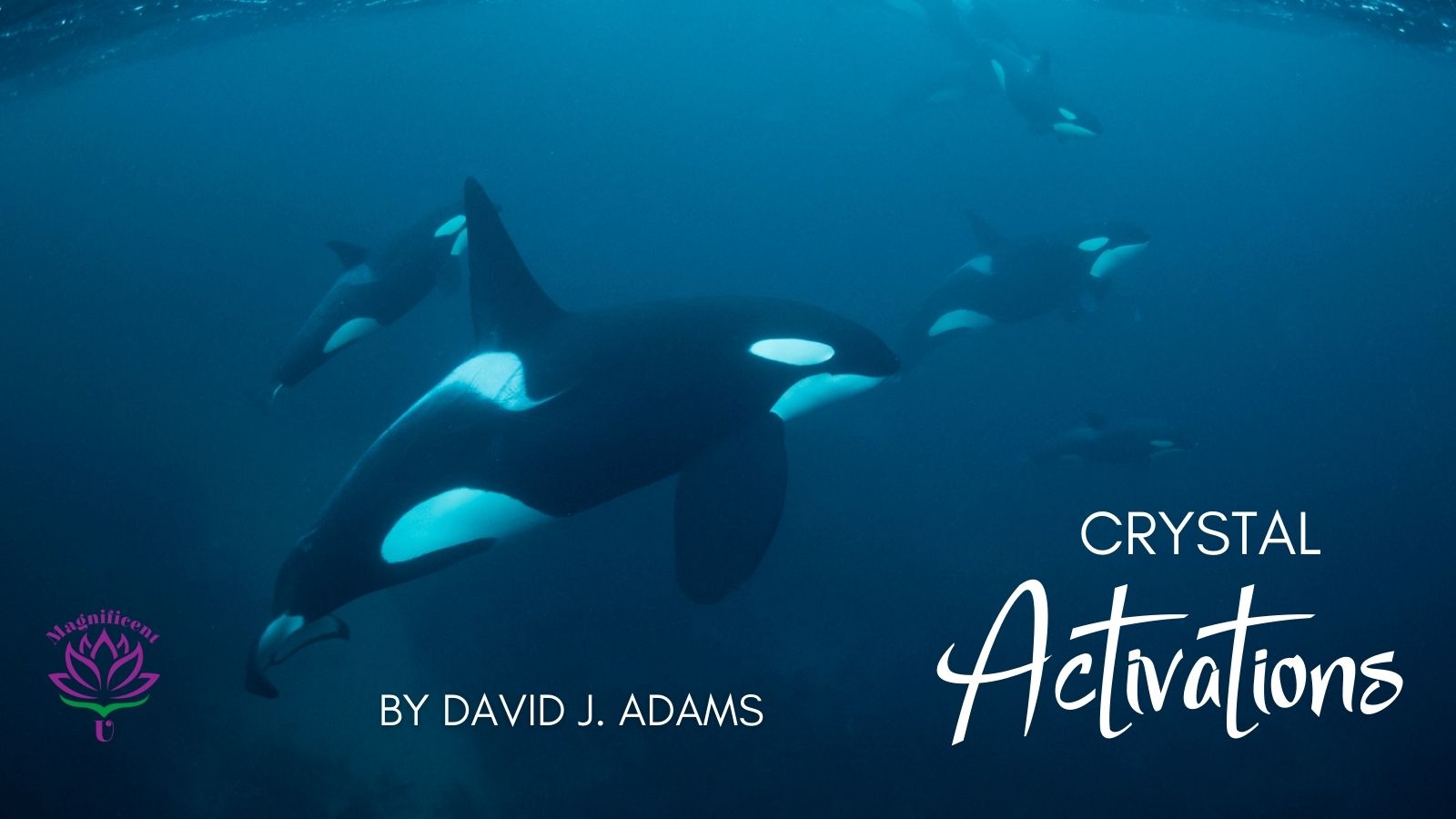 At the beginning of 1997 the Master Germain announced that it was time to forge a new ‘Inter – Dimensional Partnership of Healing’, to put aside the divisions and isolationism of the past and come together in ‘Oneness of Purpose, Oneness of Spirit’. As part of that process, he called upon all those Souls that had chosen to incarnate within the Crystal Dimension to join with Humanity, and the Souls incarnate within the Ocean Dimension, by adding their Love and Light to this powerful partnership of Healing.

The Souls within the Crystal Dimension responded joyfully to his call and worked powerfully with us in 1997, and their work culminated at the time of the September 23rd Marine Meditation when a massive Crystal was activated beneath the Ocean in the South Pacific. This Crystal was situated some two and a half hours east of New Zealand and was Pulsing brilliant Blue Light. I was given the awareness that this Crystal formed part of a linking bridge between the crystal energies of Atlantis and Lemuria, activating those ancient Crystal energies for the specific purpose of ‘Holding the Earth in Balance’.

They continued to work with us in 1998 when we were asked by the Master Germain to Honour all life forms in all Dimensions, acknowledging their Equality within the ‘All That Is.’ But there was a new addition to the team !! the Masters Hilarian and Dwahl Khul came to stand alongside the Master Germain and add their Love and Light to this Partnership of Healing !!. This culminated at the time of the September 23rd Marine Meditation with the activation of a second massive Crystal beneath the Oceans – this time in the Indian Ocean some half an hour East of Madagasca. This Crystal was Pulsing brilliant Violet Light, and I was given the awareness that where the Violet Light from this Crystal met the Blue Light from the 1997 Crystal, a Spiral Energy Vortex would be formed that would be of great significance to Earth Healing, and would be a communication vehicle for the New Christ Consciousness !

It became clear very quickly that as the Blue and Violet light from the first two crystals would meet at two points around the world, and therefore form two Spiral Energy Vortexes, this third crystal would have to be double terminated and pass right through the centre of the Earth ! It was important, therefore, to seek more specific information on the positioning of these Crystals, so I sat in meditation with Spirit and asked for further guidance. The following information emerged : All three Crystals were activating along the line of the Tropic of Capricorn ! : The 1997 Crystal had as its centre of activation the coordinate 143 degrees West : The 1998 Crystal had as its centre of activation the coordinate 52.5 degrees East. This meant that the meeting point of the two Crystal energies ( the Spiral Energy Vortex ) had as its central points coordinates 134.75 degrees East, and 45.25 degrees West !.

On 19th December 1998, a group led by Ana Maria Freitas Silveira went to the Serra Do Mar and conducted a meditation close to the point of Crystal activation. We in Australia, and a number of other groups around the world, held meditations to empower Ana Maria’s group, and as a result, the Third Crystal began to activate !! It’s activation was completed at the time of the Solstice on December 22nd !! At the precise time of the Solstice the Threefold Flame began to pulse its message of Christ Consciousness into the Hearts of every Being on this Planet, and to the Heart of the Earth itself !!!!!

Although this may seem like an ending, the culmination of the work we have been doing since 1991, IT IS ONLY THE BEGINNING ! a platform has been created on a higher frequency level to assist us and the Planet in the Ascension Process. We still need to embrace the new energy and work with the new energy. As always the Masters are there to help us, and Spirit is there to guide us !

Blessings of Love in the ONE HEART.
David J Adams

The September Equinox Marine Meditation of 1997 saw the awakening/ Activation of the first in a series of Three major Crystal energies, the first Crystal pulsated brilliant Blue Light.  The second Crystal was awakened/Activated at the September Equinox Marine Meditation in 1998 pulsating brilliant Violet Light.  The third Crystal – which was double terminated and passed right through the Earth – was awakened/Activated at the Solstice of 1998, pulsating brilliant Gold Light.  ( Details of these activations were written up in 1998 and appear at the end of this current message.)

As we were a group operating in the Southern Hemisphere at the time, all three Crystals revealed to us were activated along the line of the tropic of Capricorn in the Southern Hemisphere.  It was advised to us at the time that a similar Trinity of Crystals existed in the Northern Hemisphere, but these would be awakened by a group or groups in that part of the world. I have been given no indication of who this group may have been or if , in fact, it happened, but Beloved Tarak, Sound Master of Arcturus, has NOW advised me that the Crystals in the Northern Hemisphere were/are located along the Tropic of Cancer at identical Longitude co-ordinates as those that were advised to us along the Tropic of Capricorn.  This means that the Crystals in both Hemispheres are located at 143 degrees West (Crystal 1) , 52.5 degrees East (Crystal 2),  134.75 degrees East and 45.25 degrees West ( The two terminations of Crystal 3).

The reason for drawing this information to our attention at this time is that at the forthcoming Equinox a major INFUSION of ‘COSMIC CRYSTALLINE ENERGY’ is to take place within these special Earth Healing Crystals in BOTH Hemispheres.

You may recall that Beloved Tarak brought to us at the September Equinox of 2014 a new Arcturian Sound frequency that over the period from the Equinox to the Solstice of that year ENABLED the amalgamation of the 12 major Song Lines of the Earth with the Crystalline Grids of the Planet.

Beloved Tarak, along with Sound Master Margot, have again returned to the Sound Temple at Willow Springs Station in the Flinders Ranges of South Australia, to FACILITATE and ENABLE a further upgraded Sound frequency from Arcturus, to link the four Crystal areas in each hemisphere in a DNA Strand   “WAVE OF JOY”.

This will assist the Earth Planet to “RELEASE ITSELF FROM THE BONDAGE OF  DARKNESS AND DENSITY AND REVEAL IT’S TRUE IDENTITY AS A PLANET OF PEACE, LOVE AND JOY”

We hope you will join with us at Mid Day (wherever you are in the World) on the forthcoming March Equinox, to open your Hearts and SOUND FORTH YOUR LOVE AND JOY to assist Beloved Sound Master Tarak and Sound Master Margotin this new and important Earth Healing and Earth Ascension task.

NOTE – Global positioning of the crystals is as follows: