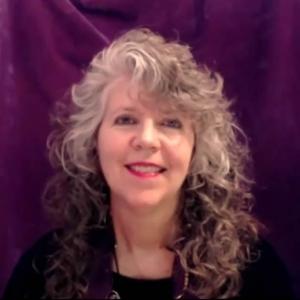 How did Debbie (Takara), an Industrial Engineer working in the Pharmaceutical Industry, become a dolphin communicator, alchemist, metaphysician, and the creator of extraordinary energy medicine products?

So eventually I had a complete meltdown.

In an attempt to put myself back together, I discovered alternative medicine, energy healing, meditation, chinese herbs, flower & gem essences, and a whole lot more.

I had already worked in doctor’s offices, hospitals, and was now involved in the pharmaceutical industry. I knew first hand that western medicine was severely lacking. Despite the number of specialists and the amount of drugs I took and dollars I spent, my own immune and allergy issues only continued to get worse.

The discovery of alternative/complementary medicine was definitely Divine intervention.

I couldn’t believe how quickly I was healing old emotional wounds, improving my health, and gaining understanding. During this process of discovery I found a great teacher. She made many suggestions of ways to change my diet, books to read, and programs to attend. One of the things she suggested was to learn to meditate.

I had also found a truly compelling author named Stuart Wilde and I began reading all of his books, listening to his audiotapes, and eventually taking his 8-day “Warriors in the Mist” program. He was a master at brain wave states and deep healing meditation.

As soon as I learned how to meditate back in 1993, Dolphins began appearing in my meditations. I had sudden “flashes” of inspiration, healing technologies just “appeared” in my mind.

I learned how to do hands-on healing for myself and others using a fairly common method called Reiki. On the way home from the workshop, I “received” whole new ways to apply the technology.

The same thing happened on numerous occasions with other forms of energy medicine or alternative healing methods.

Little patches of flowers had caught my eye my entire life.

But the moment I returned home from the workshop, all the flowers on Palomar Mountain in Southern California were talking to me. For several weeks, I was wide awake at 4 a.m. with information about which flower essence we would be making today. We were about to move to Canada, so I guess there was a great deal of urgency in my getting on with it.

As soon as I began making the essences using the sacred method I’d learned about in the workshop and then read more about in various books, I was guided to ways to upgrade and enhance them using sound, sacred geometry, crystals, the numerous multi0dimensional energies that I “channel” in, etc. I was given (received through Divine Revelation) whole “grids” to place them in, for how long, with what, how to do the sound, etc. It was pretty technical.

I had several people try them before and after the upgrade process and they all could feel a significant difference.

Having an engineering background, I wanted an expert’s opinion.

I began investigating sound healing through the internet and happened upon Jonathan Goldman’s website.

He is a sound healing pioneer and expert. We emailed back and forth and eventually that turned into phone calls. I shared with him the method I’d been “shown” for doing the sound infusion and asked his expert opinion about whether that would work or not. He tuned in to his guide, Archangel Chamuel, and said that it definitely would.

I’ve gone on to write numerous books – mostly about healing, happiness, dolphins, and energy medicine. My monthly email newsletter is read in over 100 countries around the globe.

Return from How Does An Industrial Engineer Become an Alchemist to the Magnificent U spirituality home page.

What do Triple Numbers Mean? Or Crystals, Animals, etc.

Takara ShelorEnlightenment and Ascension, What Do They Mean?
Scroll to top