Past Life Trauma – Rising From the Ashes

You are here: Home1 / Blog2 / Personal Empowerment Happiness3 / Past Life Trauma – Rising From the Ashes 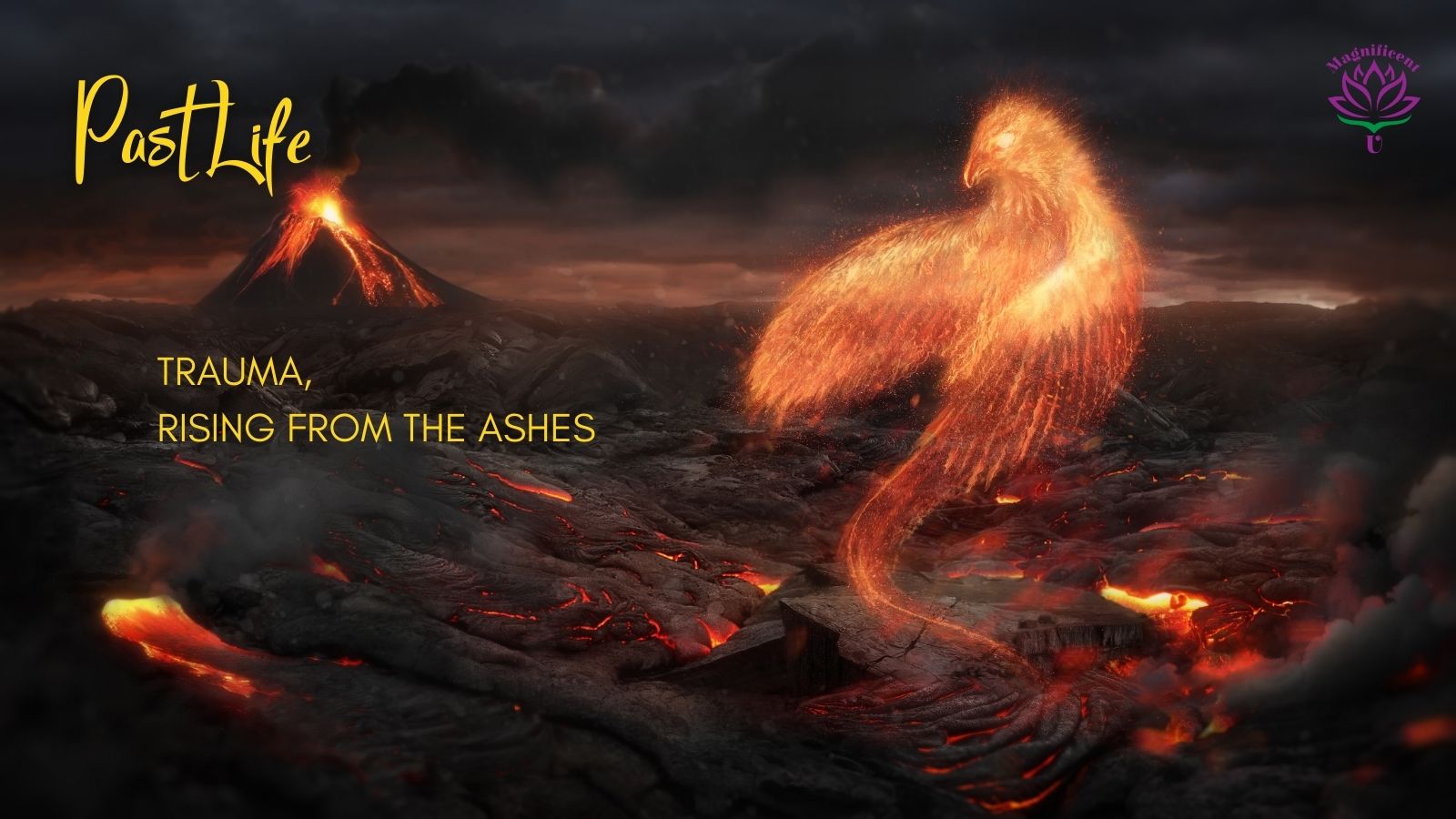 Sometimes things that seem the worst can often become the best. It is all a matter of perspective. And it is always your choice.

I’ve recently been through what has to be the most challenging experience I’ve ever had.

However, in the game called life, I almost always come out a winner.

How is that possible?

Because when times get tough, the tough go shopping!

Because in the midst of tears and pain and the very foundations of my world appearing to fall apart, I remained open, vulnerable, and brutally honest with myself and those I love. And instead of falling into the trap of “Oh woe is me,” I took personal responsibility and spent hours upon hours reflecting inwardly to discover why I had created this scenario in my world.

And as always, when you ask the right questions, you ALWAYS get the answers.

The deep questions lead to several regressions into past life trauma, which resulted in many amazing and powerful discoveries about myself.

I am now completely free of an almost debilitating subconscious fear that has plagued me for centuries. It had greatly limited me this lifetime.

As I cried and processed and went on an emotional roller coaster, I periodically heard a still small voice saying, “The shackles are coming off.” It is a rare thing for me to hear a voice.

And then when I finally began to review this particular very intense past life trauma, it was suddenly, “Eureka! That’s it!” That makes so many things about my behavior under particular circumstances make sense.

And now the shackles are gone. I have been completely liberated from the burden of the false belief about who I am and how life is.

The mere act of bringing the subconscious to the conscious (bringing the darkness into the light) heals at least 80 percent of the issue immediately. The remainder is typically healed in layers. That’s why certain issues seem to come up again and again and people think, “But, I thought I was done with that.”
And their metaphysical friends, teachers, and counselors, or their psychological professionals will gently remind them that it is like the layers of an onion – they peel off one layer at a time.

I used to believe that myself. That is until I spent a weekend in the mountains and the dolphins taught me otherwise.

So once this all surfaced, I just did the simple exercises the dolphins taught me to do in order to remove the past life trauma at the cellular DNA (encoded) level. And it is permanently transmuted.

None of the issues that I applied the Dolphin Spiral exercises to have ever reappeared.

A couple of months ago I was talking to Bayard of the Cure Show and we somehow got onto this topic of past life trauma. He suggested I tune in and ask how many traumas were influencing me on a daily basis – and to begin by asking if it was more than 100,000. I thought that was an outrageously large number.

We quickly determined that I had about 5000 traumas still affecting me.

I know you must be thinking – “If I have that much subconscious crap, how will I ever get clear and ever get my life to work?”

The beautiful thing is that many of the traumas are linked. If you had a trauma in one lifetime, that experience allowed you to take on certain fears, limiting beliefs, judgments, and expectations. Until the effects of the trauma are healed at the cellular level (its not really cellular – but I explain all that in my Freeway to Freedom Program), then you will create another set of circumstances in another lifetime.

It gets really convoluted, but it boils down to whatever you believe, you create. So when you have a false set of beliefs running, you tend to create (draw to yourself subconsciously) situations that make that belief appear true. Then those events cause you to experience even more trauma. And it goes on and on and on.

So, when you heal something – particularly if you can find the beginning of the chain – the whole string of traumas just magically disappears. Wow. I am still in awe of how that works.

So after this recent round of healing core issues, when I tuned in about how many traumas were still affecting me, the answer was less than 1500. So the removal of this one major trauma took out more than 50% of the traumas I had been faced with. Lots of other things begin to shift when subconscious programming is altered.

For example, the average person runs a Bovis reading of 20,000. The last time anyone checked, my Bovis reading was approximately 400,000. After I did the healing work, it was approaching 700,000.

What does that mean? Well, I’m not sure exactly. But I do know that ascension is the raising of vibration. So I feel I am definitely heading in the direction I want to be going in.

And the circumstance that first appeared to be so horrible became the catalyst for amazing insight and healing. Like all circumstances, because of the way I chose to view and deal with it, it provided many priceless gifts.

The technology is here. It works. It is easy to apply. So if you are ready to jump up in vibration, to remove your own shackles, and to finally rid yourself of the things that you’d be more than happy to see leave, then why not get started.

If you enjoyed this article about Past Life Trauma, sign up for the newsletter to read many more.

Return from Past Life Trauma to the Magnificent U spirituality and manifesting home page.

Personal Growth Requires That When Faced with Changes, You Have to Start Making...