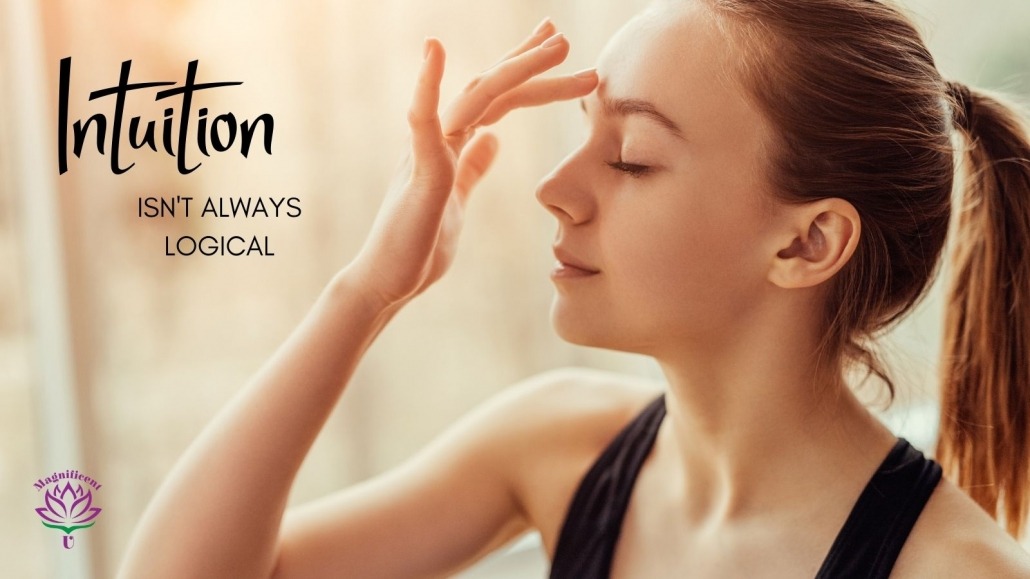 Following Divine inner knowing often takes great courage because what you are guided to say and do, or the places you are guided to go, rarely make logical sense. And yet, when you follow that still small voice within, miraculous things can happen.

As a reminder and for those who haven’t read my other articles on intuition or my newsletter, intuition can come in many forms: audibly (clairaudient), visually (clairvoyant), or a deep inner knowing (claircognizant). There are many other ways, but those are the three primary methods and most people have one of them as a primary intuitive ability. We all are born with all the abilities. But it can take a while to “turn on” the necessary things within to have full access to most of them.

I share about how I ended up living on a million dollar yacht in Fiji and the South Pacific by following intuition in my latest book, Unleash Your Future: The Powerful 5 Step Formula to Transform Your Dreams into Reality Through the Law of Attraction. So, I won’t go into those details here.

But some much more recent examples will illustrate the point. A few years ago, one of our dehumidifiers stopped working properly. Where I live in the beautiful Blue Ridge Mountains of Virginia, we run humidifiers all winter and dehumidifiers all summer. We had two dehumidifiers, one for each floor of our house, and one of them died.

Rather than take it immediately to the city dump to be recycled, intuition had me stick it in a corner in the basement.

Also a couple of years ago, my fabulous printer used for labels stopped working properly. It was a truly magnificent high end color laser printer with the best quality print of any I had ever worked with. No one around here will repair printers. Again, I could have taken it to the dump, but I kept feeling I wasn’t supposed to. I bought a cheaper replacement and have been dissatisfied with the result from the very beginning. It was terrible for bigger labels like lotion bottles and body butter jars … so I haven’t been promoting those products. And it was only minimally acceptable for Dancing Dolphin Essence labels. I could have purchased another high end laser printer like the one that was not functioning right. But I didn’t want to run the risk of getting another one and it malfunctioning as well. They are fairly expensive.

So those two big broken devices sat in a corner for a couple of years. Every time I thought about getting rid of them, I was guided not to.

Then one day I saw a notification that there had been a recall on the type of humidifiers we have. I checked the model numbers and codes and found that the one that stopped working was part of the recall. By cutting the cord and sending in a photo, I got a check for $125 for the recalled device. Now I could take it to the dump. Having that thing sit there taking up space made no logical sense. Yet, intuition (inner guidance) knew … years in advance, that one day having it would be a benefit.

My cousin, who lives an hour away, came for a visit. He helped me replace a light fixture in one of my offices. While he was here, I asked him if he thought his brother might be able to look at my printer that wasn’t working. He called his brother and the decision was made to send the printer home with my cousin. His brother once upon a time was an IBM repair guy … one of the people who would come to your office to repair your computers and printers. He’s one of these people that can do or fix anything. His day job is running the internet system for an entire university. He works long hours, including weekends, and everyone calls him for advice or help to fix whatever they are having trouble with. With so many people taking up his time, I make it a point not to. I did send a text asking for his advice when it first malfunctioned. Because I never heard a response, I just let it go. So, I assumed he was not the answer to the printer issue. Yet, when his brother was here and the intuitive prompting came to ask if his brother could take a look, he was happy to look at it.

I’m thrilled beyond all reason to say that after buying a new drum kit for $200 and getting new toner cartridges, my amazing printer is back in business.

Logic would have had me get rid of those items a long time ago. But intuition had much better plans.

Here’s a video to learn more about intuition!

What Are Your Highest Priorities?