How to Choose a Dowsing Pendulum & Things to Watch Out For

You are here: Home1 / Blog2 / Spirituality ~ Energy Healing3 / How to Choose a Dowsing Pendulum & Things to Watch Out For 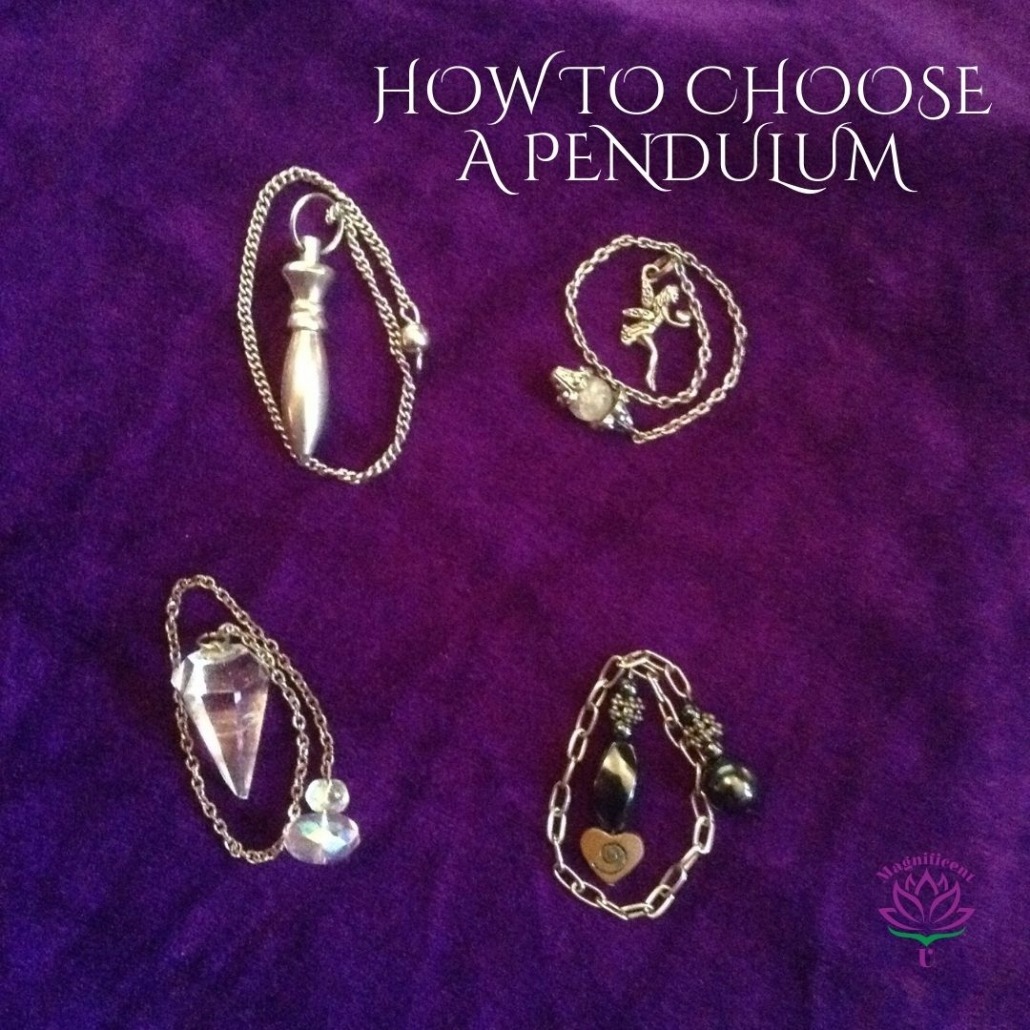 I often talk about the 5 Sacred SacramentsTM that I often suggest people do on a daily basis to up their vibe and expand their consciousness and awareness. One of those Sacred Sacraments (or sacred acts) is dowsing with a pendulum. I’ve been doing it and teaching it for several decades.
Someone in a Facebook group put up a photo with a bunch of different crystal pendulums shown. I’ve taken my own photo of several pendulums I had lying around to explain what I shared in that group.
So many of the designs the person shared can break easily – speaking from experience. A rose quartz pendulum they shared, even though it is the same design as was found in the Egyptian pyramids, is really fragile and can break in half where the deepest cuts are. And any of the ones that are faceted and come to a point are notorious for breaking off at the tip. The Egyptian cut is the metal one in the top left of my photo. The metal ones don’t break. But crystal pendulums cut this way very often do. The bottom left is a very common faceted pendulum whose points often break. The one in the image has a broken point at the bottom. All of mine of that design eventually end up that way.

All pendulums made from crystals require clearing fairly often. That’s why many of us like metal.

I’ve been teaching dowsing for decades. I sometimes have students use paperclips tied to the bottom of a string. Necklaces also work. I’ve even used a set of keys when I didn’t have a pendulum handy.

For chart dowsing, something with a point works best. I created a few of my own designs and they are elongated crystal beads with a heart shaped bead on the end. It doesn’t break like an all crystal pendulum does. You can see one of my designs on the bottom right.

Also, the weight makes a difference. For checking chakra function, I like super light ones like the faerie in the top right. For land and other clearing, I like them heavy. For regular dowsing with charts asking a series of questions, I prefer something in between.

I choose pendulums the same way I choose any crystal, I simply know immediately which one to work with. I never read what is said about that crystal … because the way it will interact with me will go far beyond what any general crystal description has to say about it.

To learn how to pendulum dowse, and have a two way conversation with the Divine, enroll in my online pendulum dowsing course.

Return from the How to Choose a Dowsing Pendulum page to the Magnificent U Goddess Wisdom and Energy Healing Home Page.

Intuition as a Superpower in Business and in Life