Winter Solstice – a Mystical Magical Time of Year for Celebration

You are here: Home1 / Blog2 / Goddess3 / Winter Solstice – a Mystical Magical Time of Year for Celebratio... 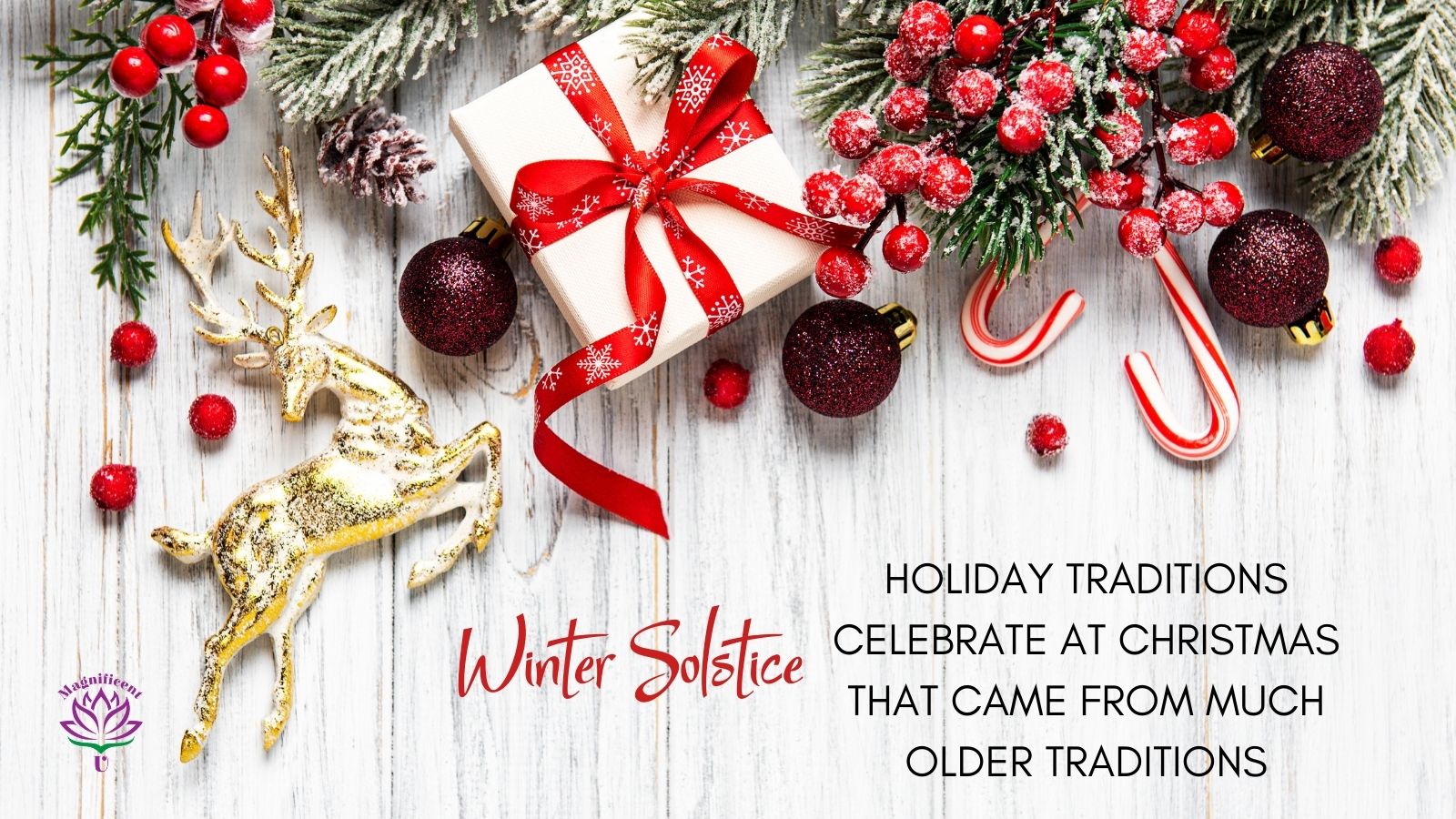 Long before St. Nick and a star over a birth in Bethlehem, people from all across the globe were celebrating Winter Solstice (the longest night / amount of darkness) with the giving of presents, cutting and bringing in of trees and other greenery, the lighting of candles, and many other traditions that were then adopted and incorporated into the holiday now known as Christmas.

Christmas Tree tradition comes from many different cultures from the ancient Egyptians and Romans to the Celtics, Druids, and Vikings.

The use of tree ornaments first appeared as apples were tied to trees as a reminder in Scandinavia, where it would stay dark for several weeks, that the sun would return.

The Yule Log tradition comes from the Scandinavian festival of Juul in honor of the God Thor.

Presents were given of fruit, dolls, and candles in the Ancient Roman Saturnia festival honoring the God Saturn.

Decking the Halls also came from the Saturnia festival as garlands laurel and green trees lit with candles were used as part of the celebration.

Candles were mentioned above as part of the Roman Saturnia festival and in Jesus’ own Jewish tradition, there is the lighting of the Menorah during Hanukkah (Chanukah)

Christmas Parades are also from the Saturnia festival while Christmas Caroling could easily have been fashioned after the chanting and singing with torches festivals held in India.

Santa and Stockings come from both St. Nicholas who gave gifts to children and the celebration for the Norse God Odin who had long white hair with a long white beard. The children would put their boots filled with carrots and straw near the chimney for Odin’s horse to eat. Odin would fill the empty boots with gifts.

Mistletoe was hung in the homes of Druids for good luck and used as a sign of love and friendship in Norse mythology.

Follow Me
Takara
Author~Speaker~Engineer~Mystic at Magnificent U
D. Takara Shelor is a bestselling author, award-winning speaker, engineer, and consultant helping individuals and organizations discover their true magnificence so they can thrive in business and in life. She acts as a catalyst and facilitator of radical positive change providing tools, training, and support to people who are tired of feeling suck and are ready to catapult themselves into high gear both personally and professionally. She says, "Life is a magnificent adventure ... remember to enjoy the ride!" Get her free 7 Secrets to Dancing Through Life EmPOWERed, EnRICHed, and Living in Joy ebook to join her email list by visiting her gift page Enjoy Takara's Magnificent U Bestselling Author Blog: Magnificent U 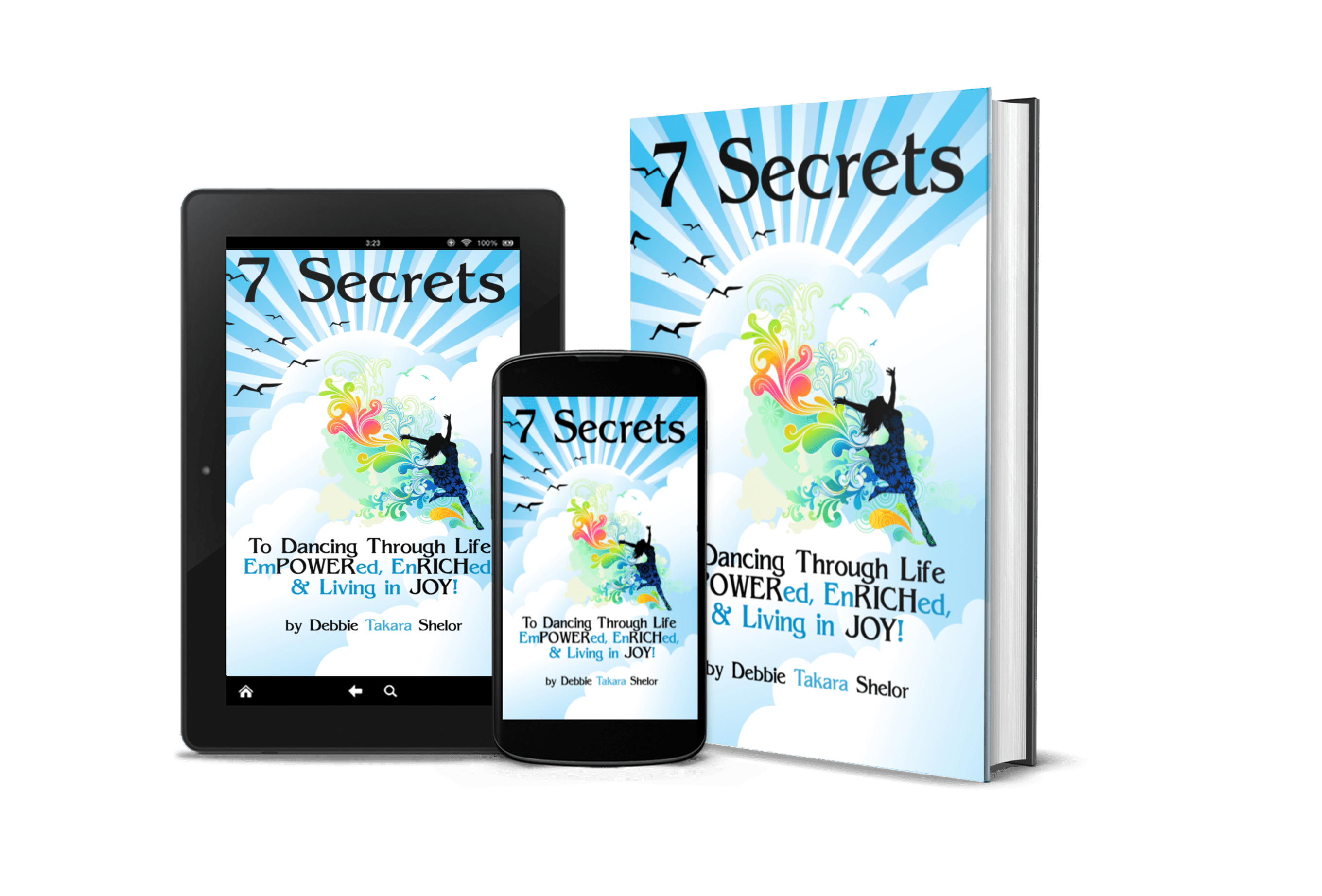 Eating Healthy, Worrying About Your Diet, and Improving Your Health, Weight,... Staying Calm and at Peace in the Face of Uncertainty and Chaos
Scroll to top