Why We Absolutely Love the Pretty Woman Movie

You are here: Home1 / Blog2 / Personal Empowerment Happiness3 / Why We Absolutely Love the Pretty Woman Movie 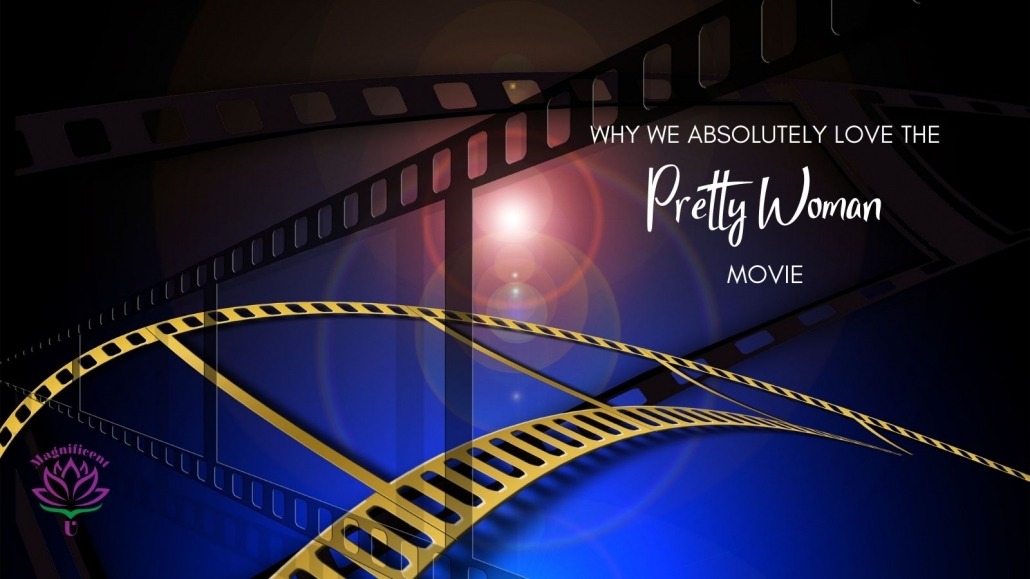 Many people I know … including some you would find quite surprising … LOVE the movie Pretty Woman.

There are many answers to that question, so I will share  a few of my thoughts about it here.

As someone on my Facebook wall said after I posted about the 25th Pretty Woman Anniversary reunion coming up, that its just an “obvious formula,” so why all the fuss?

A few of the obvious reasons include:

I am of the firm opinion that there is much more going on though, and that that is the reason for its huge appeal.

Its not just a knight in shining armor story about the gallant prince coming to rescue the damsel in distress who has fallen on hard times.

Its a LOT more than that.

Twenty years ago when I first woke up spiritually, the words that kept burning in my brain were “I’m here to help people discover the beautiful, powerful, magnificent beings they are inside.” That is what the whole movie is about.

The story, beyond the romance, the jet set lifestyle, the rags vs riches contrast,  the adversity of “friends” who don’t approve, is about the empowerment of the Vivian character, played by Julia Roberts.

Vivian is a beautiful, intelligent, competent, humorous, and interesting woman that for whatever reason has never seen herself that way.  Most women I know are like that. And the ones who have succeeded, in any area of their life, had a whole lot of caca to overcome in order to do so.

Religion says we are lesser than. Business is often an “old boys network.” Men often play a much bigger role in politics. These are just a few of the places we pick up that we are defective. We are taught that we are weaker and probably not as good at math and science as our male counterparts.  (So of course I had to go out and become an engineer just to prove something – LOL) This is just the crap women are fed from the moment they are born about what it means to be a woman.

Then there is the constant comparing of our looks with who ever is in the movies, in the magazines, the Sports Illustrated swim suit edition, etc. Heaven forbid if a woman was dumped for another woman by someone they loved. Wow does that one cause damage. Multiply that damage x 10 or more if it was a husband. What a woman is taught about herself at home, at school, with her peers, even with her enemies, can be hugely damaging to a woman’s self esteem. And without that, she loses before she even engages in the game.

In the Cinderella story, Cinderella knew she was a Princess being mistreated by an evil step mother and was given an opportunity to change that. But after the dance, Cinderella ran home and the rest was left up to Prince Charming. Cinderella didn’t undergo a true metamorphosis. She really only changed clothes.

But in the Vivian story, when she began to glimpse that she had value, that she had gifts, that this great guy actually saw her brilliance … well then  that girl began to really shine. Because truly, in many cases, all it really takes is one person who actually loves, honors, accepts, and appreciates you for who you are, that can see your brilliance, that can see your unique gifts and how special you are, to open the doorway to you turning your whole life around.

And once she began to “get” that she was more than she had been believing or pretending to herself, then she decided to become that person and demand the respect that came along with feeling good about who you are. She decided to enroll in a beauty course – finding some new career to get her out of the surroundings and “career” she was currently in and head off into a bold new reality.

And, along the way, she said those magic words, “I want the fairy tale.”

Well don’t we all?

Don’t we all truly want love, wealth, health, a fun lifestyle, to be truly happy and surrounded by wonderful people?

We all know the answer to that question.

She had no idea if Edward, played by Richard Gere, would also step up to being more than he had been previously, or if their time truly was over. She would figure out a way to get over it if he couldn’t step into his brilliance too!

She stood up for what she felt she finally deserved, and then Edward showed up as the Knight in Shining Armor she knew he could be.

Its a beautiful tale and even thinking about it brings tears.

Because it touches deep within the soul of those who allow it to, to let you hope and dream and believe in brilliant possibilities for yourself as well.

Firewalking – Leading with Your Heart and Not Your Mind