The U.K. to Censor Esoteric Websites

You are here: Home1 / Blog2 / Pendulum Dowsing3 / The U.K. to Censor Esoteric Websites 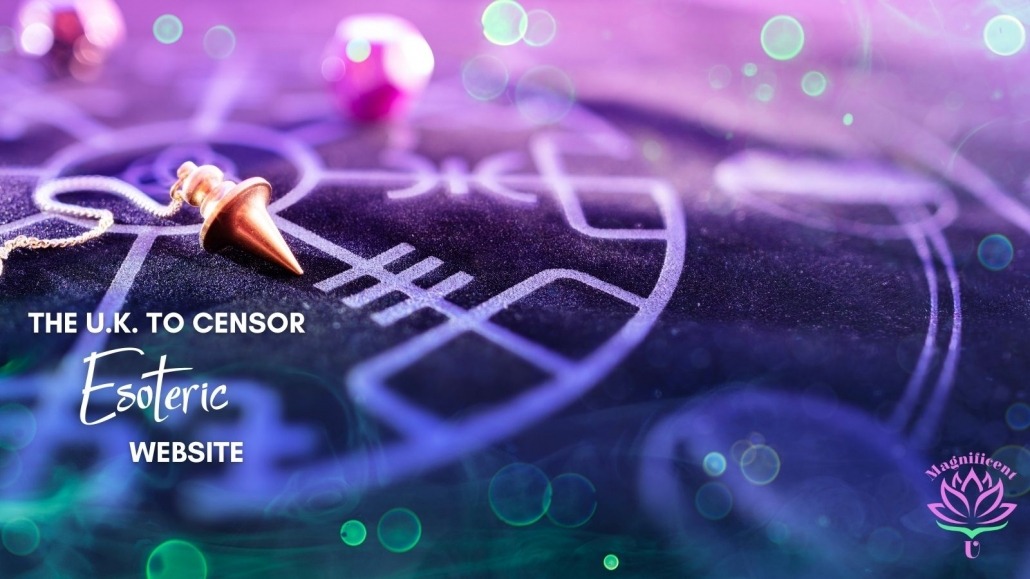 I completely agree that something should be done about … pornography. I’m not sure what the answer is and restricting a person’s freedom and forcing them to think and behave in ways the government or religion or some other organization deems fit is probably not the answer. What if it was taxed like alcohol and cigarettes? At least those two things are taxed in the U.S. I’m not sure about in the U.K.

When things get banned or censored, instead of causing people to abide by the new rules, many people work overtime to get around them. Prohibition didn’t work.

And who gets to decide what is and is not esoteric? And why is it being banned by a country famous for its use of psychics and mediums? If a website uses the word angel, are they esoteric? I mean where is the line drawn and why is there a line in the first place and who gets to decide that religious is “right” and esoteric is “wrong?”

I guess they will have to ban Facebook since there are tons of spiritual / esoteric / metaphysical / self-help pages and groups on there. Gosh, if someone is from the U.K., I guess they better get off my facebook page (https://www.facebook.com/DebbieTakaraShelor) because I am highly likely at one time or another to reference or state something that could be considered esoteric.

And of course Amazon and Amazon U.K. would have to be banned also since you can buy any number of esoteric items on there. Oops, eBay as well. Do they have Craigslist in the U.K.? I’m sure you could find something esoteric at a yard sale somewhere in the U.K.

Is the Law of Attraction esoteric? Hmmm. What about meditation? Or the use of affirmations?

So does that mean all the well-established and very successful companies operating out of the U.K. that offer esoteric tools, books, and wisdom are going to be banned by their own country?

If St. Francis of Assisi were living today, he would definitely be considered esoteric, along with every other person who has achieved the miraculous without leaving their religion.

This is VERY DANGEROUS territory and if I lived in the U.K., I would be mighty upset.

Yes, here in the U.S. we definitely have a problem with big brother watching over our shoulder, reading our activity online and listening in on phone conversations. Those are things to be very concerned about.

The U.K. apparently has a lot to be concerned with also.

Every self-help, motivational, inspirational, success teacher out there is helping their readers and clients become empowered, step into their truth and achieve their full potential as an individual. Some of the methods used could definitely be considered esoteric.

My recommendation to those in the U.K. who are interested in ancient wisdom, esoteric teachings, and the like is to buy your books now or visit Scribd and start downloading immediately.

Time to jump on your surfboard and ride the waves of change because the waves are getting bigger and its a very deep ocean out there,

Return from the The U.K. to Censor Esoteric Websites Page to the Magnificent U Home Page

Takara Shelor Conspiracy Theories, Fear, Manipulation, and How to Know When to Walk Away
Scroll to top