If I Was a Public School Teacher … Prayer In Schools

You are here: Home1 / Blog2 / Homeschool ~ Education3 / If I Was a Public School Teacher … Prayer In Schools 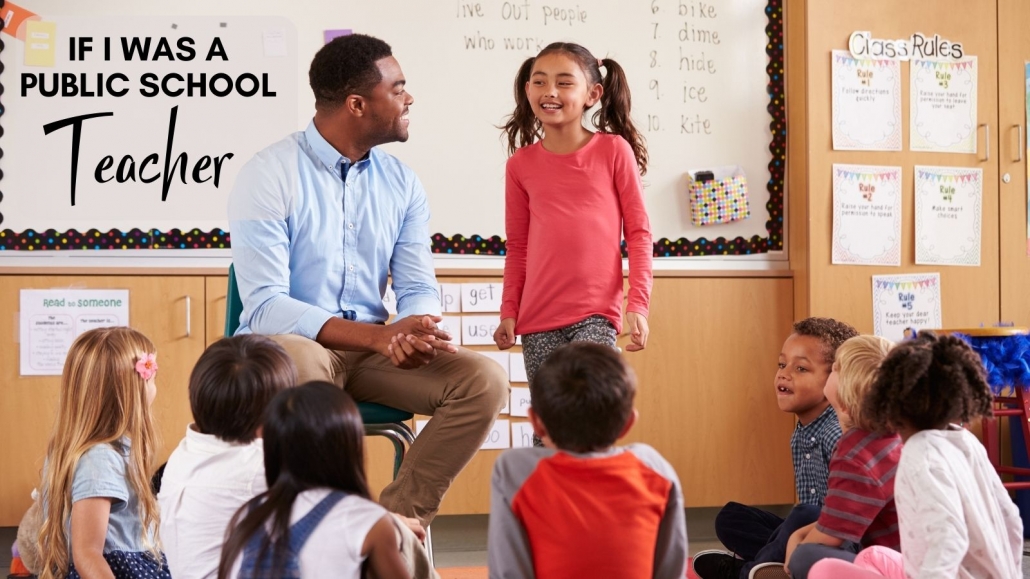 If I was a public school teacher … Prayer in Schools

By a new ruling of the U.S. Supreme Court, teachers can now lead children in prayer.

So, if I had a classroom and could lead prayer … this week I would pray a Buddhist prayer or mantra. Next week we would sit in silence like the Quakers. The following week I’d introduce the kids to Native American drumming and sending prayers up through song or smoke or dance or teach about medicine wheels. After that I’d find a Wiccan prayer or one from another pagan path … you get the idea! Once a year, I’d probably do the Lord’s Prayer (the Neil Douglas Klotz version of course – translated from the original Aramaic). I would, of course, include prayers from Jewish and Muslim traditions as well. Prayer in my classroom would be an introduction to other cultures and beliefs.

I would never ever allow someone to force their religious (or other) beliefs on my kid. We homeschooled all 12 years and worked really hard to not force our beliefs on our child. I exposed him to every belief system I could find, every religion, every mythology, every form of music, food, and culture I could find, and taught him critical thinking and how to make his own decisions.

We lived on a yacht in Fiji and the South Pacific and he got to meet the islanders and see how those children live. We traveled a lot. Every Christmas we went to Tesuque Pueblo to watch the native dances there. He went to many powwows (including the largest one in North America with over 600 tribes participating) and many museums. He was blessed by medicine men and other wise elders from traditions all over the globe (Mongolian shaman, head of a major tribe in the Andes, head medicine man at Taos Pueblo, etc.)

The only thing I insisted he believe in (and practice) is being honest, being kind, standing up for others less fortunate or being mistreated.

Return from the Prayer in Schools Public School Teacher page to the Magnificent U Energy Healing Home Page.

Have You Gotten a Little Off Track?

Takara ShelorHow the Law of Attraction Really Works – And Standing Out Above the C...
Scroll to top