No Offense to the Irish ~ But I Won’t Be Celebrating St. Patrick’s Day

You are here: Home1 / Blog2 / Spirituality ~ Energy Healing3 / No Offense to the Irish ~ But I Won’t Be Celebrating St. Patrick’s... 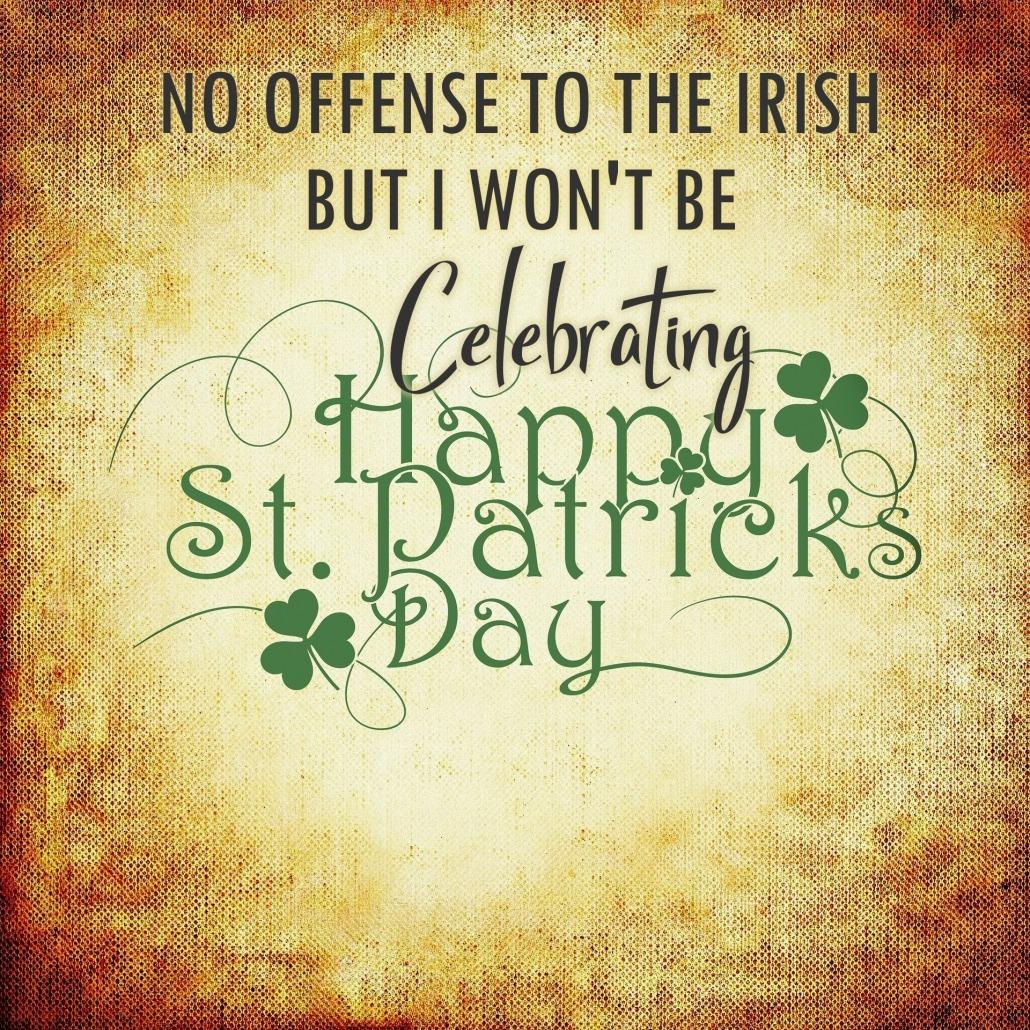 How could I celebrate St. Patrick’s Day?

Green is a nice color. One of my favorites in fact. Mint green is a very soothing color. I’ve been discussing it’s positive energy healing properties lately on the Lightgrid website with others who pray for the planet and it’s people every single day.

Irish folks are interesting and they have a lovely isle.

How could I possibly celebrate the death and removing from their natural habitat so magnificent a creature as the snake? I simply can not celebrate St. Patrick and his “driving the snakes out of Ireland.”

They are wonderful creatures with many benefits both practically and in an esoteric or metaphysical way.

From a practical perspective, they keep down the rodent population. If you’ve lived on a farm or out in the country somewhere, you know how quickly rodents can multiply. They carry disease and are quite detrimental to the health of humans.

I have to admit, they are a little creepy and a bit scary at times.

I was talking to my mom on a portable phone one day. I went outside to get something. Just as I came around the corner of my house and was about to step down, I felt some resistance under my foot.  I looked down and discovered my foot was touching the top of the head of a 6-foot long bull snake. (They look a lot like a rattler).

Well. I obviously didn’t step down. The snake looked at me. I looked at it. I said “Hello” in a very surprised voice. We were both fairly startled. I guess the bull snake was a bit too startled because I never saw it again. It used to live in a hole behind my house. Twice I got full-length skins after it shed. And the whole time I lived in New Mexico, I never saw rattlers on my property. They steer clear of bull snakes. So, the bull snake had been a wanted friend.

Whenever I see snakes ~ even on TV ~ I have dreams that night about them. They are one of my totem animals ~ my spirit guide, helper animals. They represent Kundalini rising and many other things.  Egyptian Pharaohs wore a head ornament that had the head of a snake positioned right at the third eye ~ representing fully awakened Kundalini. That means enlightenment. If you’ve ever experienced Kundalini rising, you know how powerful that can be.

I’ve had two lucid dream/visions about going through what I will call a snake initiation.

In one, I was bitten by a snake. The venue began to spread throughout my body. I could feel it moving from the original location of the bite, and slowly spreading all throughout my body. Instead of being a terrible thing. It was actually quite euphoric. It felt fabulous, wonderful, magnificent.

Not that I’d go out and try to find a snake to bite me in normal reality. But the energy of it is very powerful and transformational. Like working with violet flame, or kundalini, or the energetics I work with every day with Dancing Dolphin Essences for healing and transformation.

The other snake vision was a full initiation in what I would guess to be some sort of Egyptian-type mystery school.  I had apparently gone through all my lessons, mastered whatever I needed to master, and was facing my final test. I was wearing a beautiful goddess type dress. It was a square room. Steps lead down from the door. All the way around the room there was a walkway or ledge. People, teachers, other initiates (I’m guessing), were standing on the edge looking down.

I descended the stairs. In the center of the room at this lower level was a king cobra. My job, which I had to do literally risking my life, was come up to the snake and kiss it on top of its head.

Just like the time I did an actual fire walk, there is this feeling of knowing you can. There is no fear. You simply drop your brainwaves into a certain level (a trance-like state ~ which is as easy for me as breathing). You don’t think. You simply trust and move with the moment.

I descended the stairs and stood still as the cobra rose up to full height – which meant looking me straight in the eye. It was a huge snake.

As we stared each other down, I began to move closer. I don’t remember the actual details, or how long it took, but the snake did lower its head for me to kiss and I was now a full initiate.

Not sure why that is important to share, but snakes are very important creatures.

I used to attend workshops at Heart of the Goddess near Philadelphia. I took a class on snake medicine one afternoon. We saw image after image of female goddess statues holding snakes. We learned that snakes are the perfect teachers in the right use of energy. They never waste any. They stay coiled up until they are ready to strike. And when they do that, it is with great power and speed. Fascinating to observe. Then we put a snake around our shoulders and held it. I’ve still got a photo of me with it somewhere.

So, snakes are friends to be treated with respect.

Here’s to all God’s creatures. May they each be blessed ~ with safety, with respect, with shelter and food for themselves and their children.

And then, of course, there are the pagans. The wise men and women who were druid, wiccan, Taoist, or some other practitioner of the “old ways.” These people are “one with” and honor nature, commune with plants, animals, and the unseen (intuition, angels, guides), and have inner wisdom (intuitive knowing). They are the “medicine people,” the sages, the wise men and women of the village that knew about herbs,  hands-on healing, the elements, and so much more. They are greatly feared (and condemned) by churches and pharmaceutical companies because they don’t need a “middle man” to commune with the Divine or receive Divine guidance about how to make their life work or how to heal themselves.

Many who have “awakened,” find themselves aligning more and more with those people just mentioned than with the Abrahamic religions so prevalent in the world today.

I don’t know much about St. Patrick. But driving the snakes out of Ireland isn’t something I can celebrate in good conscience.

Have a truly glorious and deLightful day,

Return from the No Offense to the Irish ~ But I Won’t Be Celebrating St. Patrick’s Day Page to the Magnificent U Shamanic Healing Home Page

Listen to Your Inner Guidance (Intuition) ~ It KNOWS What It’s Talking...