My Love for Native American Culture 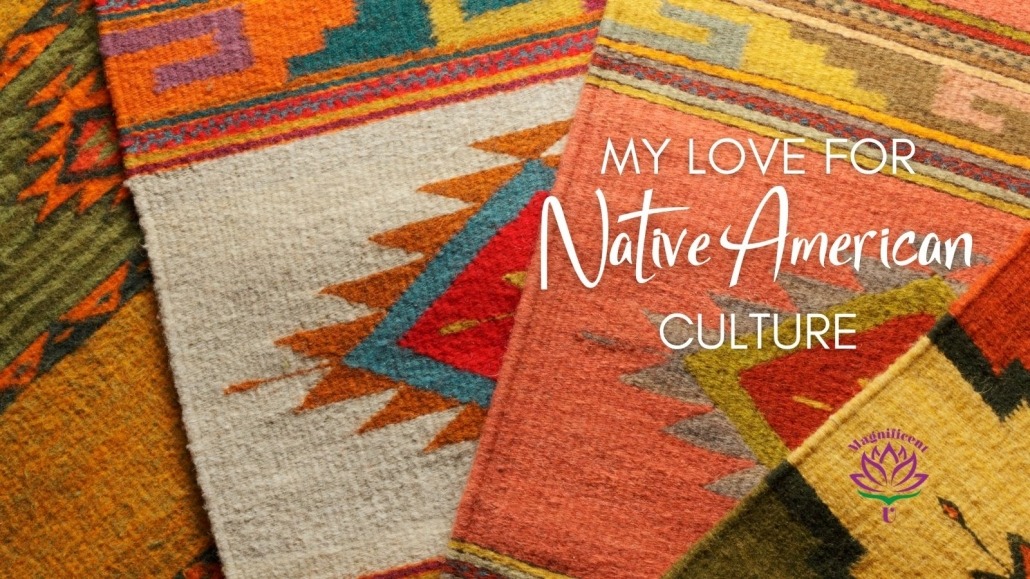 I am so truly blessed to have friends from many Native American and other indigenous “nations.” I’ve had the great good fortune of having some extraordinary experiences that many would consider shamanic or related to Native American culture, earth-based spirituality or indigenous in nature.

My intrigue began as a small child living in Texas. We often played cowboys and indians and I always insisted on being an indian (the term Native American was not yet part of my awareness at the time). I could close my eyes and literally feel the buckskin dress against my skin, the moccasins on my feet, the feathers in my hair, the pottery bowl in my hand. At the time I thought I was just making it up. Later, as I was being taken through the forest near Sedona, AZ by a professional guide, when I looked down, for a brief moment, instead of my hiking shorts and boots, I saw the buckskin dress and moccasins.

Sitting on the ground right in front of the dancer at Chaco Canyon on Summer Solstice, I could feel that they were literally “waking up” the earth with their dance. No one had danced there in 500 years – according to what they said that day.

I had a powerful vision while sitting in my sacred circle all day high up in the Sangre de Cristos after a sweat lodge early in the morning poured by a native man from back east somewhere. It was all part of Stuart Wilde’s 8-day Warriors in the Mist program.

Over the years I have participated in drum circles, medicine wheels, shamanic journeys, sweat lodges, riding horses bareback and blindfolded, walking barefoot on the earth, having numerous encounters with animals in the wild, sitting for hours by a stream being “downloaded” with information, soul retrieval, leaving gifts of blue corn meal or something else in nature in exchange for a shell, a feather, or a stone, having spontaneous past life memories flash through my mind as I traveled and hiked in locations all over the globe, listening for hours to storytellers sharing their own adventures or that of their people, and being a storyteller myself. Each of these moments was a powerful gift in my life, not just for the experience and insight it brought me, but because of the other people who were part of it with me.

EnJOY this fabulous collection of images of Native Americans:

I share many life adventures in my upcoming Memoir.

Shoulds Can Destroy Relationships and Self Esteem

What is Vibrational Medicine or Energy Healing?
Scroll to top