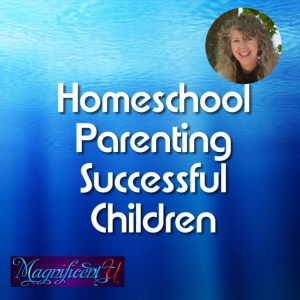 Parenting isn’t easy. Homeschool parenting is even more of a challenge when the goal is to develop successful open-minded children and adults.

As a homeschool parent, I definitely take the “parent” thing much more seriously than some. I took the school’s responsibility completely out of the equation. It was both a terrifying and deeply humbling decision …

Who my son has become has definitely been greatly impacted by my direct influence. I worked my ass off to teach him manners, what motivates people, how to communicate, how to think outside the box, problem solve, and make his own decisions, to follow his dreams, aspirations, and interests … as far as those could possibly take him.

I did my best to not influence him with my beliefs about anything … but encouraged him to study, explore, and develop his own. On some things, like animals and the environment, we agree completely. On others, we don’t at all. Yet we understand and respect one another’s positions.

I’ve given him every possible experience I could think of … with lots of travel, meeting new people and doing new things. We hosted a Japanese exchange student. We lived on a yacht in Fiji and the South Pacific for awhile. We lived in more than one state and even Canada (although he was young at the time … he still goes back to visit his grandparents there). We’ve traveled by plane, train, auto, and boat.

We’ve been to an endless array of museums, live presentations, powwows, music, and other festivals. He’s been blessed by elders and shaman from many traditions from Native American to Mongolian to the leader of a tribe from South America with 30,000 members.

He shared kava with village elders in Fiji. He’s participated in a sweat lodge. He’s hiked trails all over the U.S., seen many sacred sites, kayaked, canoed, sailed, and rock-climbed. He spent several years outside all day every day in nature. He spent several after that inside in front of a computer all day.

He’s had friends who were Native American, African American, and Sikh. While traveling in the South Pacific, he spent time with a teen from Columbia and several from Australia.

I’m thrilled that the homeschool years are finally behind us … but I wouldn’t trade those life adventures for the world. I’ve become a much better person having been a parent. Now he and I are both off to new life experiences.

My best advice to other parents is that it’s not about you, it’s about them. Who are they? What are their strengths? What are their interests? How do they learn best? Are they introverted? Are they extroverted? Are they creative and artistic? Are they logical and good with numbers? Do they like acting? Do they like sports? Are they into movies and theater? The more time you spend with them, viewing the world through their eyes, the more you understand how they learn and grow best.

Enhancing and fine-tuning my intuition was the best thing I ever did to be a better parent and it made a giant difference in my homeschool parenting ability.

Fine-tuning and enhance intuition is something I teach. To learn more about my work, download my free 7 Secrets to Dancing Through Life EmPOWERed, EnRICHed, and Living in JOY ebook.

Have a beautiful day,

How to Develop a Deep Nature Connection

Manifesting, Law of Attraction, Creating Your Reality, and Being in Joy
Scroll to top