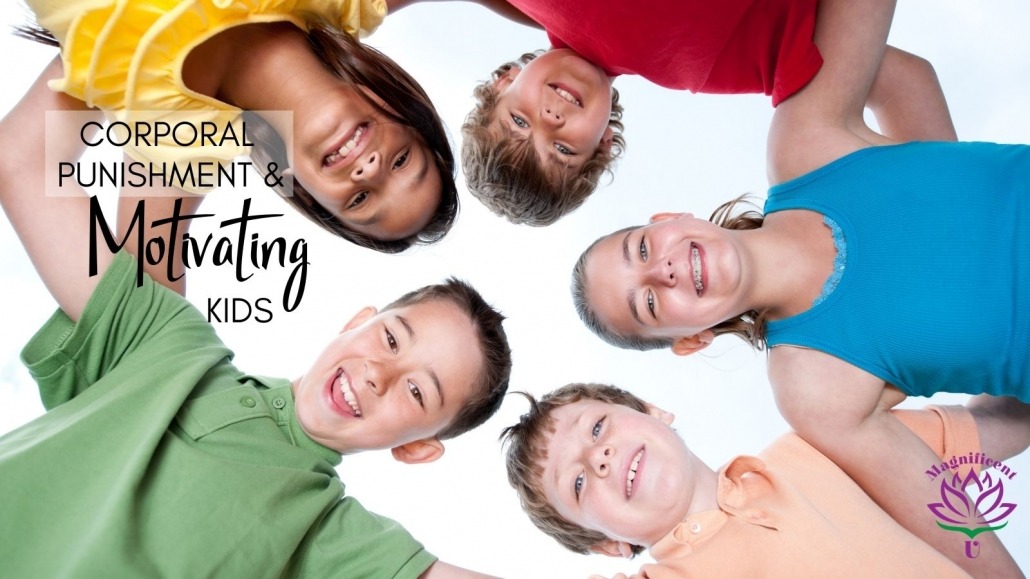 When ever I see or hear someone spanking their child, I cringe.

I parent by intuition, never use corporal punishment, and so far my kid has turned out great.

Continued use of corporal punishment left me feeling like I was a bad person and no matter what I did, it wasn’t enough, that I wasn’t good enough. Its been a giant weight around the neck causing self-doubt, poor self-esteem, and a need to succeed motivated by terror of failure and punishment rather than the shear pleasure of accomplishment.

It took years to climb out of that hole. But based on my background, I could never do that to another human being and it pains me to watch others do it. Because there are sensitive souls like myself that it does more long-term harm to than good.

There are lots of ways to motivate kids that don’t involve physical abuse.

Find the thing they love the most and take it away or threaten to and actually do it if they continue the behavior.

You have to be consistent in the result of an action. If you let something slide sometimes and not others, then the kid has no clear boundaries about what is, and is not, O.K.

You have to start young teaching manners, the golden rule, helping out, being kind, doing no harm, never telling a lie, that their body is a temple and you have to take care of it, etc. By the time they get older, those things are already well established.

And, when you homeschool, the kid gets to pursue their passions, learning and experiencing the things that drive their curiosity and enthusiasm. Because of that, they become motivated to achieve and don’t get in nearly as much trouble as those who are forced to take this class, sit still for how ever long, go places they don’t want to go, etc. When they have more say than that about their life, they rebel less.

Every kid is different of course, and therefore what motivates and creates positive behavior in one person will not work for the next.

You have to really know the kid and what makes them tick.

It’s vastly easier with just one. I really love that thing they said in the Celestine Prophecy about every kid needs one adult’s full-time attention. It doesn’t have to be the same adult all the time.

Just yesterday, one of my good friends who hadn’t seen us in awhile said this about Jess: “He’s the ‘oldest’ 15 year old I’ve ever met.” The things he says and the things he is interested in are very different than the average teen. He has a very diverse group of friends – from edgy heavy-metal loving kids to serious physics nerds and a little bit of everything in between.

One of the best ways to “fix” behavior is to change the diet. Good food tends to create good people. Sugar and food allergies affect the emotions sometimes in drastic ways.

Life is never black and white. It is usually infinite shades of gray. If the current correction method isn’t working, then its time to try something else and perhaps get some advice from other parents or experts in the field.

Living by the Golden Rule

Takara ShelorClean Up That Email FAST by Asking How Urgent Is It?
Scroll to top